Yesterday when walking around in a mall, I decided to enter one Portuguese store called “Worten” to check some notebooks and other equipment, to stay updated about what this stores are selling and the current prices.
I already had read about some netbooks being sold in Portugal with Ubuntu but I thought it was only advertising and that in reality it would never happen, so if I wanted to buy one computer without Windows, Internet was the only solution. But apparently I was wrong.
So when checking the notebooks I noticed a little orange badge, on the cheapest computer that was on the shelf, saying “Ubuntu Certified”,  suddenly I was shocked and thought “Finally we have a choice”.
So to prove it, some shots below: 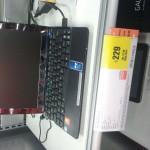 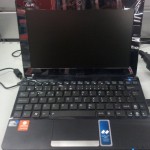 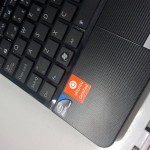 The specifications of the equipment doesn’t match with the one that was announced because it’s another model, but doesn’t matter, still is a step forward.