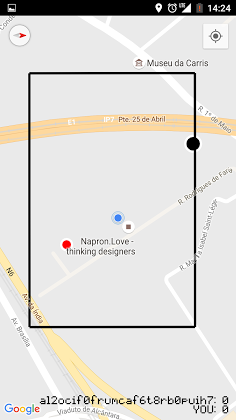 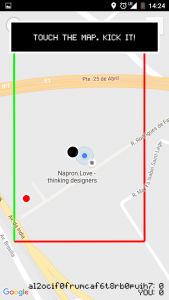 The 3 days passed so fast that i got the sensation that the event took place in only one day. The only regret I felt in this year’s event was related with the fact that our team was unable to get the project ready for the presentation in 48h.

We were developing a service that would  pay developers (using MEO Wallet) who contribute to open source projects, with bounties associated to specific issues, as soon as their pull request is merged in Github.

The rest of the event was awesome as always and all the speakers of the talks i was able to attend (Christian Heilmann, Miguel Duarte, Miguel Mota Veiga, …) were up to the job.

So next year the organization can count with my application to the event again. 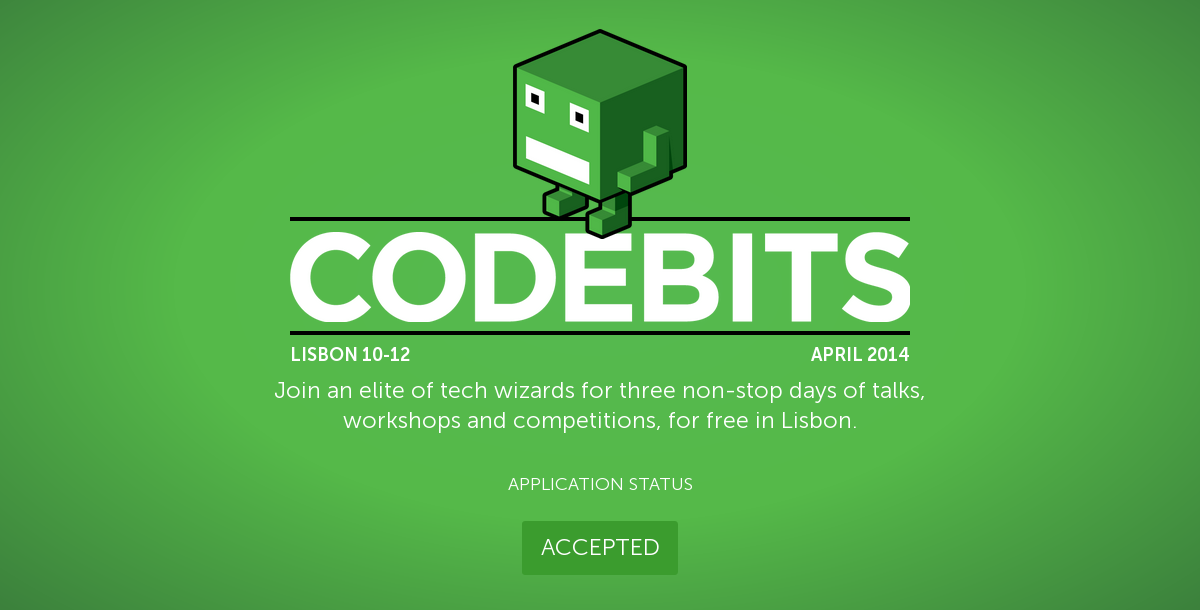 Another year and another codebits edition has come and gone. This time i had to enter the 48h programming competition. So with André Gonçalves and some help of Carlos Santos, we tried to develop a new service that would help the users of MEO Kanal. The description of the service was the following:

Basically this project aims to develop a new way of managing your MEO Kanal (or several of them) through your cloudpt account. Giving you the ability to access all the functionality without the need of a browser or any additional software.

The way it works is simple, just give the permissions to the webapp (from MEO Kanal and cloudpt accounts) and you are ready to manage your channel from any devise which can upload files to cloudpt, by adding or removing files in the channel folder. The next video (we made it for the presentation) shows the basic usage of the app:

Since the project is not finished and the coudpt will not be available to the public till December, i will try, in the next few months, to complete at least the basic functionality and publish a prototype. You can access the code (and help) in the github repository of the project. So if you have any idea, opinion or want to give a little feedback, please use the comments.

Just take a look on what arrived to my mail box yesterday morning:

Like last year (and a little bit sooner this year) i had the privilege of being accepted for the biggest technology event here in Portugal. It will take place in Lisbon in the middle of November and i will be there, participating in the 48h hackathon, and this time trying to finish my project. So in the next two months I will be collecting ideas (comment box please, if anyone would like to share some) and preparing for a great weekend.

If you’re going too, see you there. If you didn’t applied yet, you only have 3 days left.

That’s right folks, just look at that beautiful message at the screenshot.

I’m sure that the most famous 800 people tech event in the country will be an amazing weekend, with lots of interesting talks, people and some competitions that will push the participants to the limit. If in the next few weeks, some nice ideia comes to my mind, maybe i will try my luck in the programing competition. So i’m looking foward to it.

If you are one of the lucky ones too, see you in November at Pavilhão Atlântico.

P.S.: And yes i will accept the “Nuclear Taco” challenge